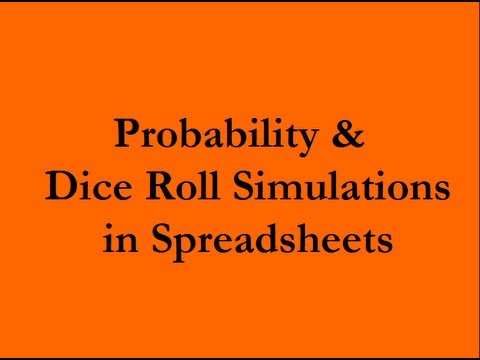 Of Wolves and Weasels - Day 49 - Such Memories

Hey all! GoodShibe here!
So, yesterday I started putting this thing together and WOW did you come out in droves to help! Thank you so much for sharing your ideas and memories. And thank you kindly to the mods for stickying that post!
In one day we reached 60% completion on a list of top 100 Memories and Achievements of Dogecoin! That's amazing! So many fantastic memories and accomplishments!
Which leads me to share some developments.
The title of this endeavor is now - unless someone comes up with something better:
Such Memories: The First 100 Days of Dogecoin
I'm going to be putting this together as a 100-ish paged commemorative book - for free in PDF, probably with some cost as a fancy, printed book (Sold as close to 'at cost' as I can get it -- slipstream- has recommended selling it at a small profit, with profits going toward charities or Dogecoin Foundation for charities, etc - thoughts?).
Artists, if you've got Dogecoin-themed artwork you want to see in this, please, put forward some links to hi-res CMYK copies and I'll do my best to fit it in.
Also! Let's find the funniest, best Dogecoin-related memes that we have put together so far and include them as well! :D)
We're also going to need a cover.
Any artists out there care to try their hand at designing a cover for this?
We'll put it to the community to vote for the one they like the most, and we'll include the others in the book somewhere :D) If you're an artist who submits to the project, you'll get full credit and promotion for your site inside the book (probably in a credits section at the back).
I also want to hear from the community - think up some interesting stories, maybe what got you into Dogecoin. What your fondest memories of Dogecoin are. These first 100 days have been an exciting rollercoaster of adventure... let's make that we never forget all the fun memories we've had together. If you have personal, fun pictures you'd like to share, fun, personal stories you want to see get into the book, then start working on them now, put them into the comments, keep them on hand!.
Here's the list that I have right now - in no particular order:
MOMENTS/ACHIEVEMENTS:
Added today:
TOTAL: 100/100
Also: I was thinking we might have a pour-one-out for all the Orphans - a page dedicated to all the blocks we lost along the way... thoughts?
What have I missed?! Let me know in the comments!
It's 8:29AM EST and we're at 53.95% of DOGEs found. Our Global Hashrate is spiking from ~61 to ~98 Gigahashes per second and our Difficulty is down slightly from ~1024 to ~1014.
Lots of fantastic things in store, let's keep this list growing!
As always, I appreciate your support!
GoodShibe
TL;DR: 100/100!!!

Bitstamp's streaming API, and exploitation possibilities it might reveal

TL;DR: Bitstamp's undocumented streaming API seems to reveal out-of-order trade execution that can be exploited to steal margins from large buys/sells.
Bitstamp has an undocumented streaming API. You should know what it seems to reveal about Bitstamp's order matching.
It's not surprising that I see trades on the stream about 10s before I see them on BitcoinWisdom etc. (I haven't compared that to the latency of direct API polling; my lag to BW and processing lag at BW's end might be included there.) That's already not fair. Bitstamp should document the stream, or delay it.
Before I tell you what is surprising, a quick detour: Bitstamp only provides limit orders. "Instant" (aka Market) orders are simulated by placing a limit order with the limit set to whatever was the top of the opposite side of the book at the time, and as anyone who has tried to trade at Bitstamp during a rally/drop will know, the top often moves before your "instant" order hits the books and therefore doesn't execute. People work around this by manually or automatically placing limit orders with limits that go beyond the top of the opposite side of the book, ensuring that they'll match something.
Suppose someone places such a limit order. Rather than lock the book until the order is matched and produces a trade, the order is placed on the book and the book is allowed to cross. People have reported here on Reddit seeing this before. That's kind of surprising, but perhaps you're thinking they ensure things still execute in order. Well, the stream I'm watching includes both order and trade events, and I typically see orders on the stream anywhere between ~2.5s and ~8s ("the window") before they match and produce a trade; if you're only trading by watching BitcoinWisdom and others, I see things happen as much as 18s ahead of you.
What properly surprises me is that within the window, if another limit order gets placed with a limit even higher than the first before the first has matched, that second order can execute before the first. An example from real stream data follows. The best ask (order_type=1) is 202.10, set by the first order creation I've included. received is added by me on receipt; the rest comes from the live stream. Some non-participating orders away from the book top have been removed for clarity.
Bid 8595048 for 0.19825903 @ 221.13 would cross the book, and should match immediately, but orders continue to be accepted and no trade appears.
Bid 8595051 for 0.63 @ 222.65 would also cross the book, but since it arrived ~2.544 seconds later — and assuming FIFO matching — it shouldn't execute until after 8595048. But it executes first. In this case, fortunately there's enough depth to the ask that both fill at the price they should, but this out-of-order execution occurs even when there isn't enough depth; I can give real examples from the stream but they make less clear examples because they tend to involve multiple fills.
Imagine that you're watching this stream and you see the FBI dump the SR coins, and that the window is wide enough for you to react. You could place a limit order that beats theirs, being sure to sell your coins before theirs crash the exchange rate.
Alternatively you could always maintain a buy order in the book, far enough away that you can maintain a constant distance from the best bid but close enough that a whale might fill it. When you see a whale's sell, you snipe a high sell by beating their limit. The whale's order then goes through and fills some other bids, and your low buy. You effectively just made a high sale and made a low buy with no risk at all. You could do this on both sides of the book at once.
Why document this instead of just taking advantage of it? I hate the idea that some traders are playing with loaded dice. If the engine has to behave in this funky way, it should be documented; ideally it should simply behave as everyone expects it to anyway. Why post under a throwaway? While I've made no attempt to exploit this, I wouldn't put it past Bitstamp to confiscate my balances and close my account; that's simpler for them than checking whether I did exploit it. (In case I choose to link this to my real account later or you need me to prove I'm me, I can provide a pre-image for e591ed9a365ad73d29dc22f10b170fff and d4bd7f9db698c81ba31ce544d2025834.) Why not report it to Bitstamp first? Bitstamp has a poor track record for addressing bugs reported in their engine, probably needs to be embarrassed into doing something, and they can easily just disable the stream. EDIT: described on bitcointalk (via Pusher) as well as below (direct WebSocket access).
I'd ask Bitstamp to confirm whether they believe this is a problem, say what they plan to do about it (if anything) and I invite them to PM me here in the unlikely event that they need more info.
I'd also really like them to make their stream useable, along with a single orderbook snapshot, to maintain an accurate of the orderbook without having to make unreliable inferences — i.e. include prev_amount (or amount_delta) in order_deleted and order_changed, and also include in each trade event the order IDs that matched. Having these things would bring it towards or beyond MtGox's stream, which provides at least the remaining volume at the affected pricepoint. It'd also be lovely if the ungrouped orderbook snapshot included order IDs and could be explicitly pinned between two stream order_foo events for easier syncing (the timestamp doesn't seem to accurately match the stream's datetimes, and requires guesswork). And a pony and a winnebago and the moon on a stick.

How to ELI5 Ethereum & blockchain

USE R PROGRAMMING TO SIMULATE DICE ROLLS Using Excel to simulate the rolling of 2 six sided dice and then modeling a simulation of 1000 rolls (iterations) using the Data Table function. This is part of a library of video tutorials for the TI-Nspire from www.media4math.com. Video tutorial showing how to make a program in Scratch that simulates rolling two dice and counting how many times their sum is 8. Probability simulations 2 dice Peter Benedict. Loading... Unsubscribe from Peter Benedict? ... Create a Dice Simulation in Excel - Duration: 2:05. MrExcel3 15,582 views. 2:05. Excel 2010 ...